The Return of the Glorious Past - Lake Dojran

Lake Dojran is the third and smallest of the three lakes in Macedonia, but it boasts an almost Hollywood story to its existence and history.

Macedonia’s culture is rich in folklore tales and stories and Lake Dojran has plenty of its own. Although it was first named Polin, there are many stories that tell the tale of changing the name into Dojran, and the one that we’ve heard the most is about a girl named Dojrana. It goes like this.

During the Ottoman occupation of Macedonia there lived a beautiful girl named Dojrana. She was in love with a local boy named Labin, but being the most beautiful girl in town, she caught the eye of the local Ottoman general. One day at a celebration near the lake, Dojrana was dancing with Labin and when the Ottoman general saw them, enraged with jealousy, he stabbed Labin and wounded him. Desperate to clean his wound and get away from the general Labin and Dojrana got to the edge of the lake. The guards and general quickly surrounded them and threatened, if she does not join him, he will kill them both. Unwilling to surrender, the couple swam into the lake, never to return. In their honour the name and town were renamed into Dojran and Dojran Lake.

Fast forward to the mid 20’s and Dojran became a popular travel destination in Yugoslavia. With its charming brand new hilltop new villas, unique history, welcoming hosts and flourishing marine life it was clear as to why it was a favourite not only to Yugoslavs, but also westerners as well. 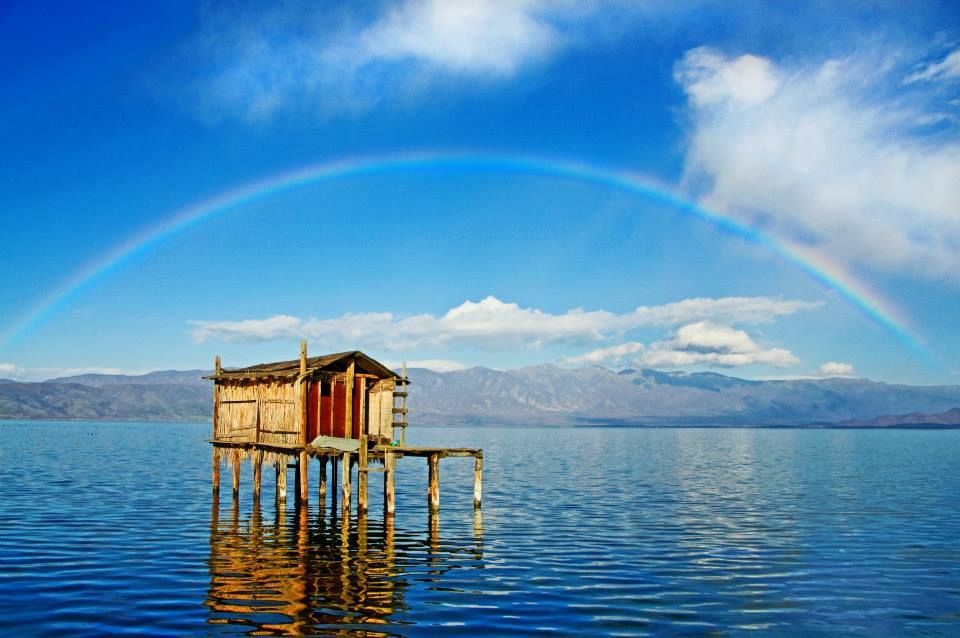 Then, in the 1980’s disaster struck… The lake started receding to dangerous levels… no one found the reason why.

But as the new millennium turned a solution was found and with proper irrigation Dojran Lake is back to its old glory. The old town is again filled with tourists, new hotels open every season, and the cafés and restaurants are full.

Dojran offers its visitors a calm and relaxing vacation and as an up and coming old-new destination the prices are quite attractive for a budget holiday. Being on the border with Greece also helps as it can be a great stop and go city, spend several days and continue exploring the area. And if we could focus on three things about Dojran what would they be?

First and foremost it is the delicious food, fresh vegetables and local ingredients but most importantly the fresh fish. Dojran carp is one of the most famous dishes in Macedonia and you mustn’t leave without trying it. There are many ways to prepare it, from quick prepped meals in the restaurants to homemade grills and centuries old recipes prepared by the older residents of the town. 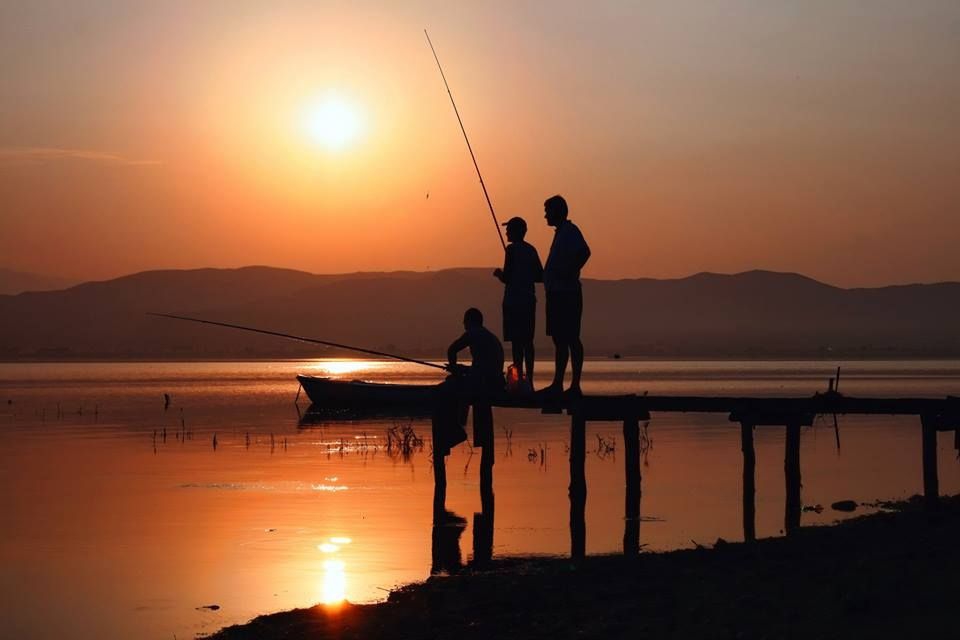 To no surprise, fishing is quite popular in Dojran and you can find people sitting on docks throughout the year. But, it’s the old traditional fishing methods that make Dojran unique. As you drive on the coastline leading to the old city you will notice small huts made from straw in the lake. These are used to capture fish with the help of local bird cormorants who drive the fish towards the straw in order to feed. Quite ingenious really… and its a centuries old technique too.

Last but definitely not least it is the most important landmark of the region, the church of St. Elijah. Although it was destroyed during WWI efforts are being made for its complete restoration. If its walls could talk they would tell centuries old stories of romance, happiness and sorrow, just as the story about Dojrana. It is perfectly located on a hill overlooking the lake, as if it was its protector. 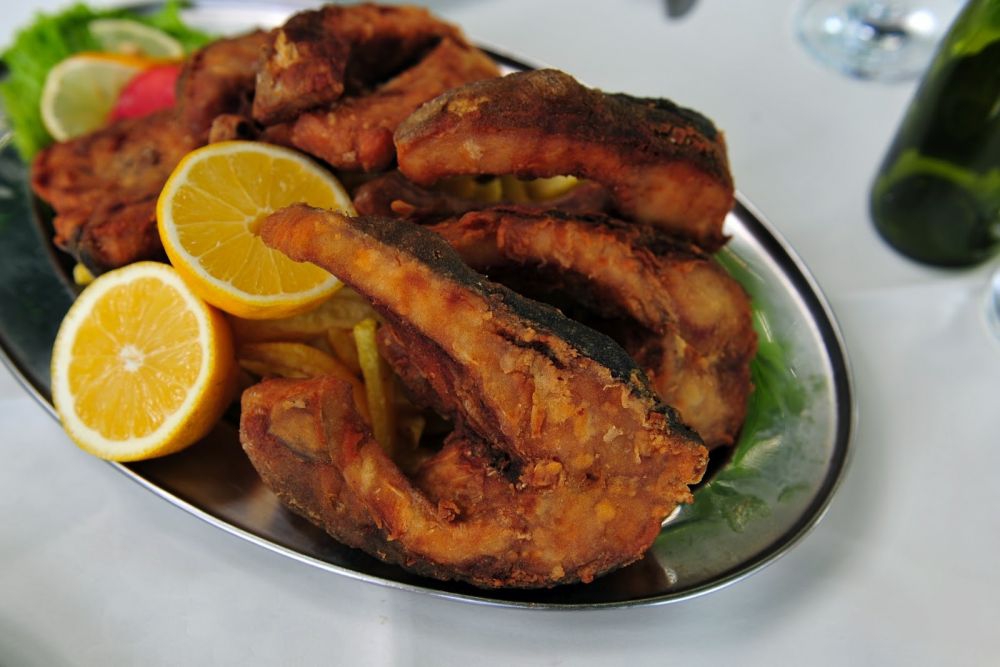 Besides being a small drowsy town most of the time, Dojran really comes to life on several occasions. It is fast becoming one of the best locations for festivals which includes the one that started it all, D Festival held traditionally in the middle of July. The two dates to remember though are 1st of May and 2nd of August when Macedonians celebrate Labor Day and Ilinden respectively, two important national holidays. Then, the city is filled with vacationers making barbeque, singing and celebrating. There are plenty of events and clubs and restaurants often have live music. During these days, Dojran is the place to visit. Our last word of advice, make sure to catch the sunrise at least one during your holiday, it's one of those sights that will last for a lifetime.

So whenever you plan on visiting Dojran, we hope we’ve helped in making up your mind quicker. Have fun! 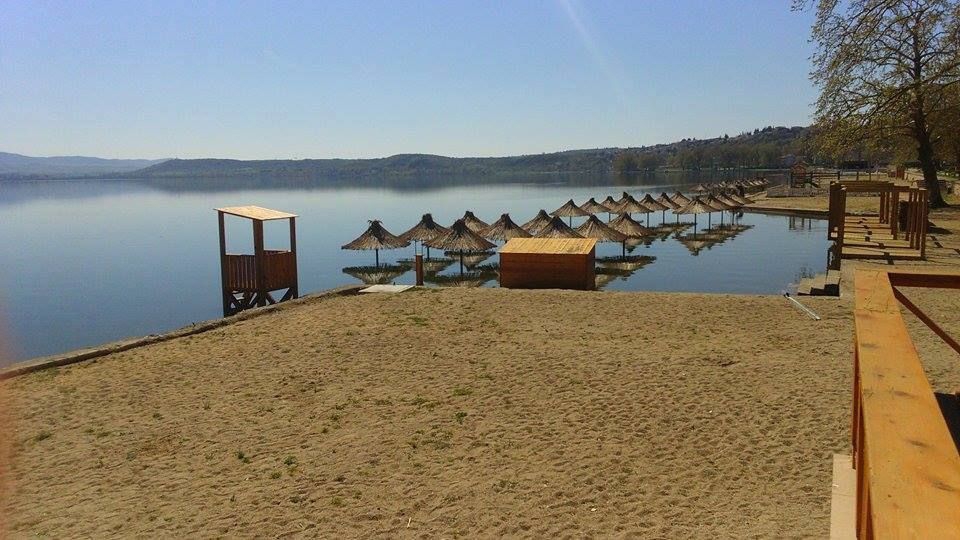