Experience Ohrid...when the lights of the city bathe in the waters of the lake

In the heart of the Balkans, in the far southwestern part of Macedonia, located on the shore of a four million year old unique lake lies the city of Ohrid - the spiritual, cultural and tourist centre of Macedonia. The story of this pearl in the cultural and natural wealth of the world, begins two and a half millennia ago making this town a living witness of the existence and cultural competition of civilizations since the ancient times. Ohrid has always been a major tourist destination in the country being the only UNESCO World Heritage Site with an exceptional history and astonishing natural beauty. 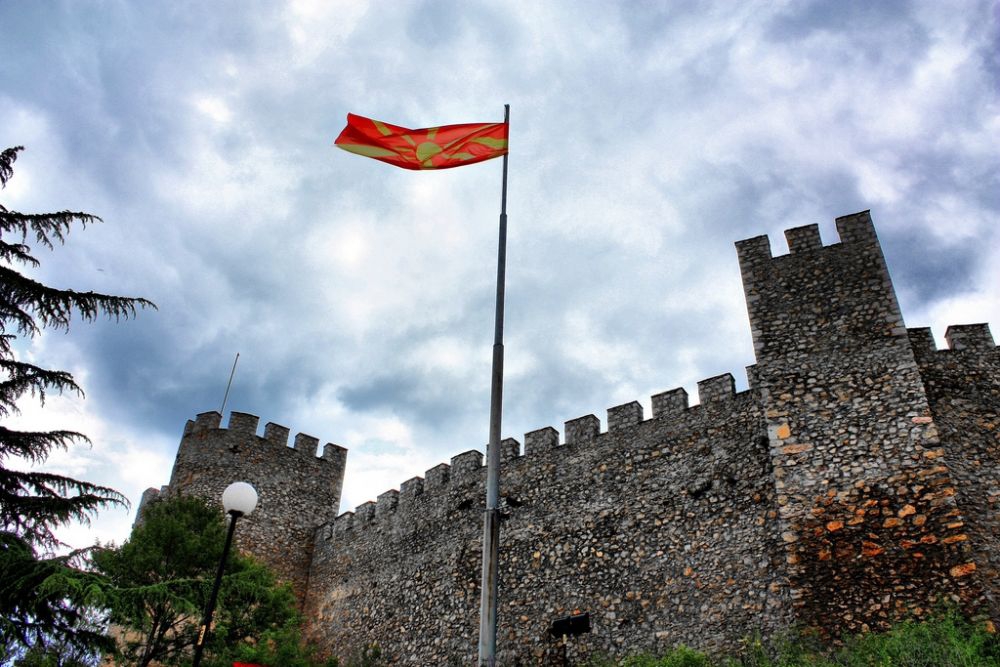 Most of the monuments are located in the old part of the town, near Samouil’s fortress. Located on the highest place in Ohrid, Samouil’s fortress is the most dominating structure even today. Dating from the III century B.C., when Ohrid was a typical antique town with city gates, the fortress got its monumental and urbane framework in the IX th century, when the city was the stronghold of King Samouil's empire. The three kilometer long towers and high walls, made of stone, lime and sand from the lake, were originally built to protect the town on the three sides not facing the lake. The town had three entrance gates, but unfortunately only one, the Upper Gate, is preserved to this day. There is a story about hidden wealth under a huge ancient statue near this gate. It is told that on a sunny day at a certain time of the year, in the shadow of the ancient statue head, is revealed the place where the treasure has been buried. Throughout the ages the statue was destroyed and people lost the place of hidden treasure forever. As soon as you lay your eyes on the clear water of the lake and stunning mountains from this historical site you’ll realize the treasure is in front of you waiting to be known, explored and remembered.

Another must visit place in Ohrid is Plaoshnik, which is located right underneath the fortress and will leave you breathless with its astounding history and architecture. Here in 893 A.D. St Clement built the monastery and dedicated it to Saint Panteleimon, the saint who protects people’s health, and shortly after he founded the first European university and in the same place he was buried after his death. In Ottoman time the church was turned into mosque. Today the reconstructed St. Panteleimon church is one of the most visited places in the town. Inside one can clearly see the preserved traces of all the periods that remind of the sanctity and cultural importance of the temple, portrayed and painted on the old church walls. To experience the townscape of Ohrid at night time, when the lights of the city bathe in the waters of the lake, is a view that remains deep within a person's memory. 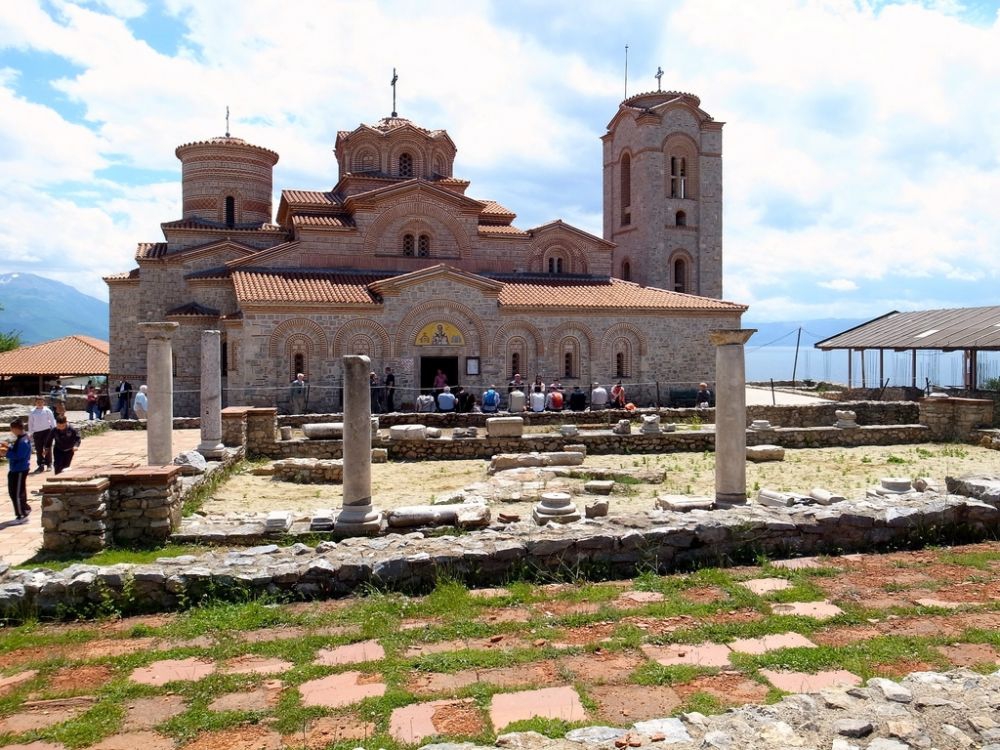 One of the biggest and most important churches in Ohrid is Saint Sofia church. Built at the beginning of the 11th century, over the foundation of an early-Christian basilica, it was the cathedral temple of the Ohrid Archbishopric. With preserved fresco- paintings from the 11th and 14th centuries, St. Sofia is one of the two churches in Europe with greatest number of frescoes dating from the 11th century. The well preserved 2-meter high “Opus Macedonicum” masonry in the ground floor of St. Sofia has not been seen in any other temple in the Balkan Peninsula. The church’s western façade, known as “Grigorius” narthex is considered to be a master-piece of the medieval architecture. This temple is also widely known for its extraordinary acoustics, so if there is a concert taking place during your visit do not miss it.

Ohrid’s surroundings are just as fascinating. Take a boat trip to the monastery of St. Naum, and see the magical springs of the Black Drim River as they flow into the lake. The 4 million years old lake covers an area of 348,8 m, 30 km long and 287 m deep, it’s considered as one of the deepest lakes in the Balkans. The crystal clear water of the Ohrid lake is among the clearest and pure in Europe. In July, it is transparent at a depth of 21,5m. The water temperature changes depending the season, and in August can reach up to 26°C. This lake is home of 13 species of fish, among which is the endemic species of trout and bleak and the endemic fresh-water sponges and snails, and haven for fishermen whose favorite fish is belvica, eel, carp, plashica, maple. Ohrid trout prepered in a traditional way, with the secrets of Ohrid chefs, is a must try dish of every tourist. 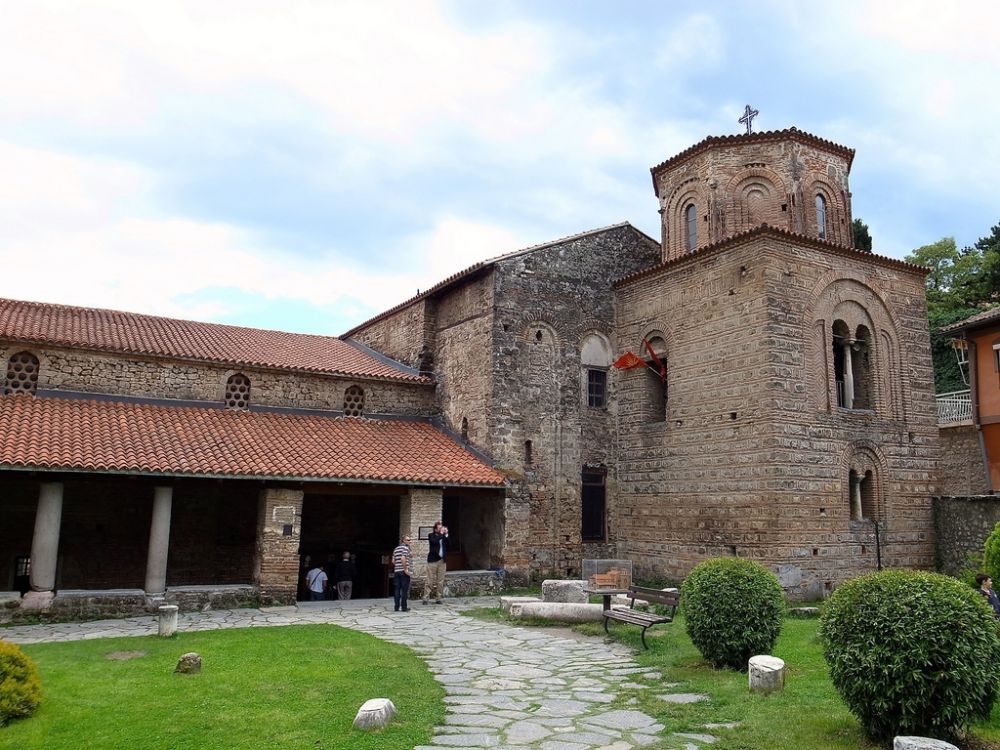 We have only mentioned four of our favorite sites to see but there is enough in Ohrid to keep you occupied for every day of your holiday. Whether you want to get out and about to explore or relax around the lake, we know that you will love and enjoy Ohrid just as much as we do.

Here's a take of CNN on Ohrid: 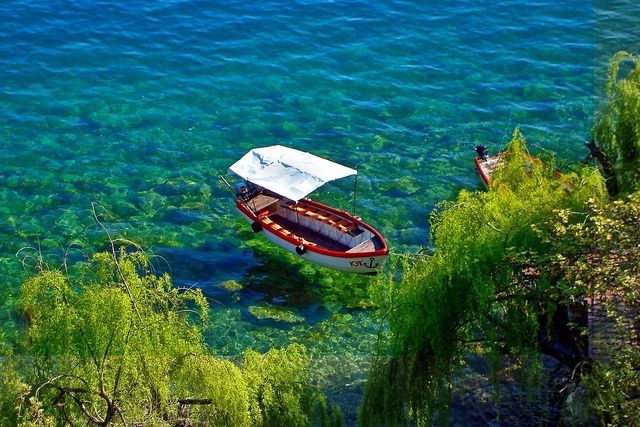