Five Masterpieces of Nature in Macedonia

The hills and mountains of Macedonia hide amazing landscapes and breathtaking views!

The landscapes here in Macedonia, which are mostly mountainous, are ornamented with breathtaking mountain rivers, waterfalls hidden deep in the forests, and clear and cold mountain lakes. Life, in all its forms, thrives in a place like this, from rare species to marvelous green landscapes. We're proud and excited to present to you the five masterpieces of nature in Macedonia.

If you were wondering where to start your Macedonian adventure, the right answer would probably be Ohrid. No other place in the country can offer you so much and yet be so diverse. These waters hide the history of many species, relict creatures from one of the oldest lakes in Europe. Ohrid Lake lies at an altitude of 693 meters, it covers picturesque area of about 350 sq. km and is known for its crystal clear water, which is allows for visibility down to an astonishing 22 meters. 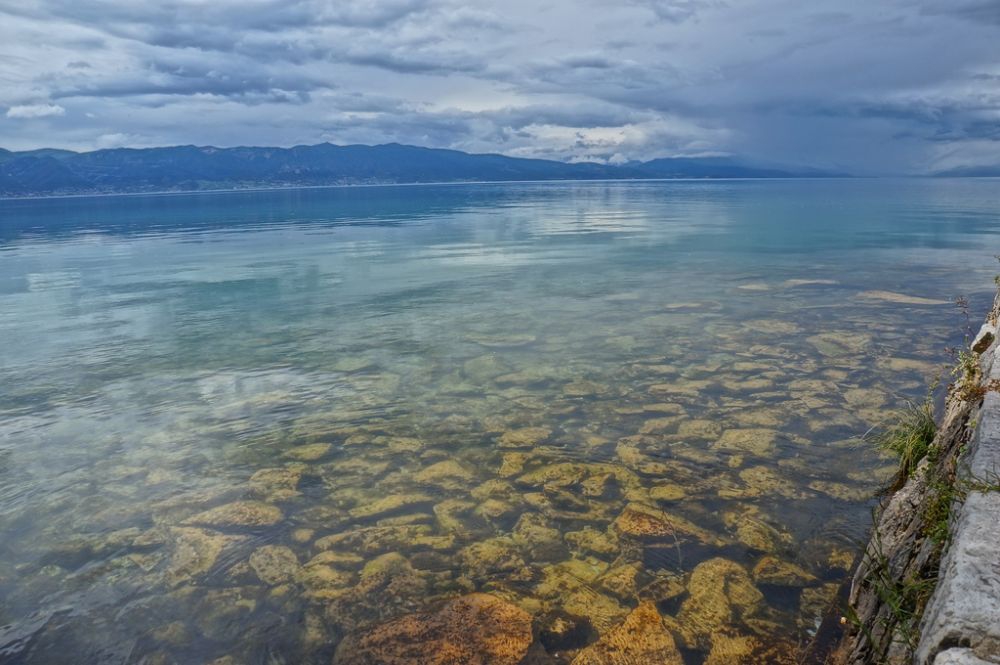 Ohrid Lake deserves the epithet “Macedonian Sweetwater Sea”, not only because of its pleasant blue colour, which is more intense than the blue of the sky, but also because of its surface area and because it attracts thousands of tourists each summer. Its singular natural conditions have made the survival of life forms from the Tertiary period possible, owing to which Ohrid Lake has often been called a museum of living fossils. In 1979 and 1980, the surrounding beauties and the town of Ohrid together with the lake were declared as a Cultural and Natural World Heritage Site by UNESCO, the only one in Macedonia. It is one of the oldest and deepest lakes in Europe which kept an amazing variety of unique flora and fauna within it. It is an excellent tour location and it attracts thousands of tourists from all over the world. On its northern shore, the ancient city of Ohrid rises above the lake as a  colossal piece of scenery, located on a double hill with highest point at Samuel’s Fortress. The famous Ohrid pearls are made from the scales of the endemic Ohrid Lake Plasica fish which makes them unique in the world. Ohrid pearl is without a doubt the best souvenir from Ohrid, as well as the most appropriate gift for a lady.

Ohrid view from Galicica (Photo by: By Inge)

Ohrid is also a host of two additional natural processes one of which is the source of the river Crn Drim which is located near the Monastery of St. Naum and exits the lake at the city of Struga. The second is a lot more interesting and has to do with the geographical position of Ohrid. Namely, Ohrid is at an altitude of 693 meters and is bordered with the mountain and National Park Galicica on its eastern shores and on the other side of Galicica is Lake Prespa which is at an altitude 853 meters. The two lakes are connected by an underground river flowing from Prespa to Ohrid, an amazing feat of nature. 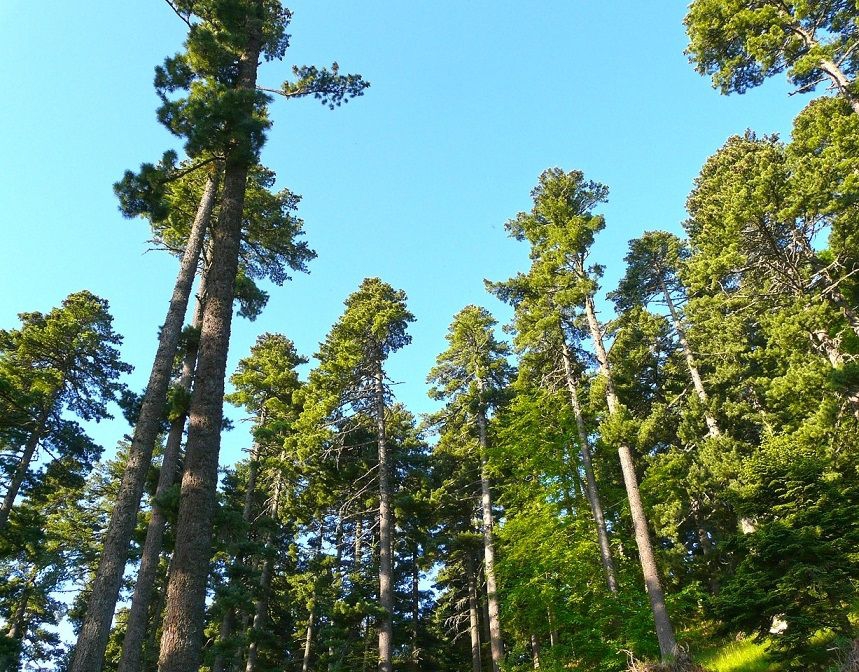 You can continue your exploring tour by visiting Pelister Mountain which is characterized by lush, well-watered forests and unique geological formations. The core of the mountain is made of granite some 465 million years old. The oldest national park in Macedonia has been named after the mountain peak Pelister, it includes the top of Pelister (2,601m) and extends to the foot of Baba Mountain. Baba Mountain is probably the most visited mountain in Macedonia by the tourists and the mountain climbers, due to the natural beauties of the mountain, easy access, good marked trails and numerous places to stay. Baba Mountain overlooks the city of Bitola and it’s the third highest mountain in Macedonia. It has more than 20 peaks over 2,000 meters above sea level separated by deep valleys and its highest peak is Pelister (2,601m). Pelister Mountain is best known for indigenous species of five-needle pine – Molika, that grows only on a few parts of the Balkan Peninsula. The beauty of the landscape is enhanced by the diversified wildlife, the endemic Pelister trout and pelagonic stream trout which are two species that particularly strike out from the rest of the species. Baba Mountain is beautiful in every season, but usually the period from May to September is the best to enjoy climbing, hiking and mountain biking.

At the top of the mountain lies our third masterpiece of nature, the two glacial lakes, Big and Small Lake also known as the eyes of Pelister, because of the image that appears when the sun is reflected to them. High in the mountain slopes there are many glacial lakes as a further ornament of the Macedonian mountain view, but these two are special. A rare beauty remembered by a touching romantic legend Gorski Oci also known as Pelister (mountain’s) Eyes. The Big Lake is at an altitude of 2,218 meters, it’s 233 meters long and 162 meters wide. Its biggest depth is 14,5 meters, The altitude of The Small Lake is 2,180 meters, it’s 79 meters long and 162 meters wide (same as the Big Lake). But, the depth is smaller and it’s 2,6 meters. There is a legend about their formation, it’s said that the lakes are formed from the tears of the two sisters who were in love with the same, beautiful boy named Pelister. Their mother didn’t allow neither of them to marry him, so in a moment of anger, she sent both of them to the mountain and cursed them to be close, but not to be able to see each other. Wandering through the forest, one of the sisters came to the place where today is the Big Lake and the other sister to the place where the Small Lake is. Both of them, heart-broken began to cry. They were crying so much that, the two beautiful lakes formed from their tears. You can’t tell which of them is more beautiful and more picturesque – is it the Big Lake, in which the snowy mountain chain of Baba is reflected, or the Small Lake, in which the thirsty wild horses drink cold water clean as a tear-drop. Thus, because of their rarity and big altitude, these two lakes were one of the options with whom Macedonia was presented at the competition about the election of new seven wonders of the world. 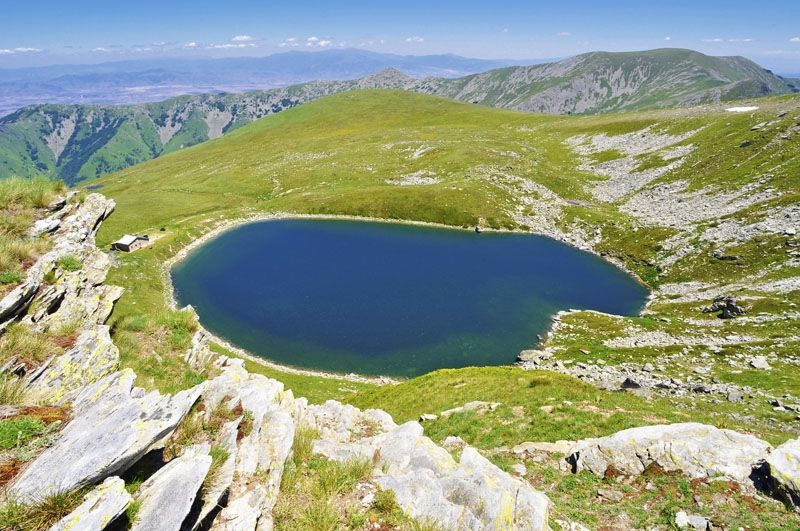 The landscape, the climatic conditions, the hydrological and vegetative feature, make Mavrovo a very unique, special place where the gifts of the nature can be admired. The park contains numerous rivers and springs each full with clear cold water which create small waterfalls and rapids. Mavrovo National Park is the largest protected area in the country making the largest National Park of Macedonia. It was formed in 1949 to protect the natural beauty and nowadays it covers an area of 72,204ha of which some 27,000ha are forested. On the mountain slopes, at a great height there are 17 glacial lakes that complement the amazing scenery. The highest mountain peak in the country is proudly a part of Mavrovo National Park. At 2764 metres high - Korab is the most beautiful mountain landscape in Macedonia. The alpine climate is combined with green meadows, dense forests and rocky peaks which easily reach above 2,000 meters in height. The melting of the snow creates the highest waterfall in Macedonia with a total vertical drop of 136 meters. The magic of Korab is even more alluring thanks to its beautiful glacial lakes and fresh flowing streams. Spending the day walking, cycling or hiking in this area is a must for every thrill seeking visitor of Macedonia.

Over the years, nature created the final master piece of our list and it literally carved it from stones. Kuklici (Stone Dolls) is geological formation of rocks and stones located around 8km northwest from Kratovo. According to some they were formed 10 million years ago by the natural phenomena of erosive pillars, and due to the interesting appearance of these pillars that resembles of human figures, the local population believes in the legend of the ‘happy wedding’. The most famous legend about the formation of the stone pillars is the one of a man who couldn’t decide which one out of two women to marry. So, he planned to marry both of them on the same day, but when one of the brides-to-be heard that there’s another wedding in the same village, she went to see who is getting married the same day as she is. When the desperate bride saw her future husband marrying another woman she cursed him, his future wife and all the guests who attended the wedding: ‘Let God turn all of you into rocks, and even me’, and they were immediately turned into stones. There are 148 dolls in the locality, situated next to each other and they’re up to 10 meters tall. All things aside this ‘wedding’ represents a rare occurrence in the world and is a true masterpiece of nature worth seeing.

Hope you have time to visit all five masterpieces in one go, and if by any chance you don't, make sure to come back! 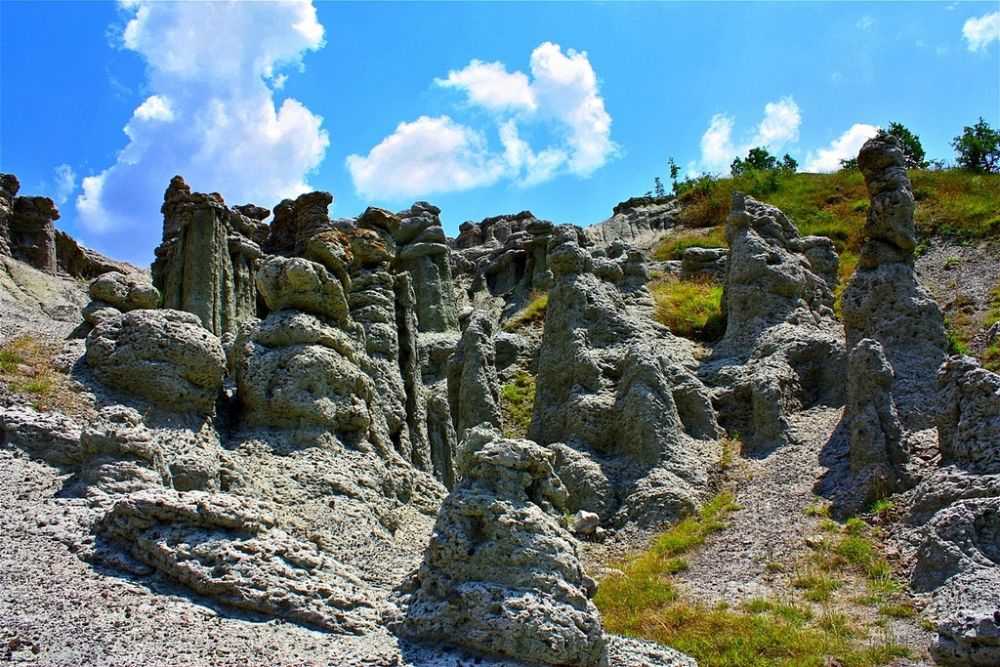