Discover the Old Bazaar in Skopje

Experience the unique religious,cultural,artistic and cosmopolitan mix you won't find anywhere else!

The Old Bazaar is arguably the most popular tourist attraction in Skopje, situated in the old part of Skopje and just a short walk from the main square it's easily reached and explored. The Old Bazaar has characteristics and dynamics of its own kind and it is a survivor of many wars, occupations and cultural and religious changes. It, also remains the oldest living witness of the history of this region as every kingdom and empire, every regime and every rule have let its traces on the rocks of Skopje Old Bazaar.

Every corner here, tells its own story. It represents the old commercial heart of the town and the largest bazaar in the Balkans (besides the one in Istanbul). In the period between the 16-th and 17-th century, the Old Bazaar reached its urban and economic zenith, developing in one of the largest and most significant oriental old bazaars in the Balkans. 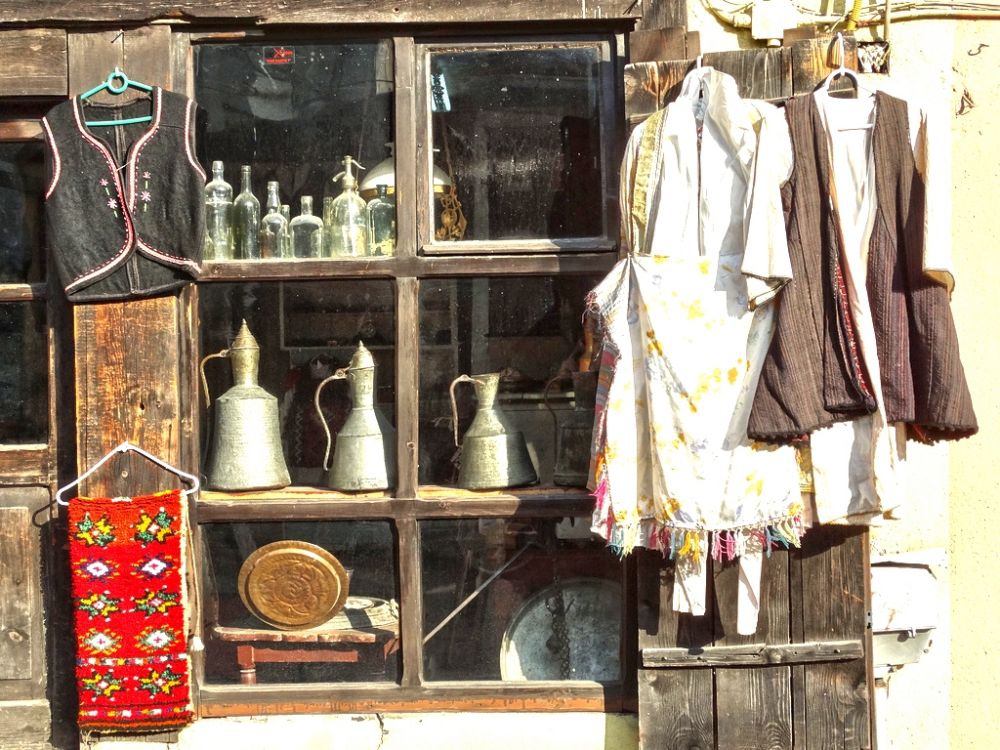 The Skopje Old Bazaar is the place where the social and urban elites of the capital emerged during the first decades of the 20-th century. When you come to the Old Bazaar from the part of Skopje built after the earthquake in 1963, you get the impression that this is the place where the links of civilization are cut off: the dynamics and stress of modern living are replaced by a state of coolness and idyllic tranquility. Nowadays it is a protected national landmark and contains numerous old craftsmen shops. It is a place where the aggressiveness of modern living ends and the respect for tradition is cultivated in typical forms of trade and crafts such as sleepers, bags or gold, sets off. Thus, age-old traditions are kept alive by goldsmiths, shoemakers, coppersmiths and other skilled craftsmen. In this bazaar, family traditions are fostered as the shops are carried from one generation to another and as such, they become the identifying symbols of the residents of the city of Skopje. Besides the small shops where some of the oldest crafts that clash with modern trends of industrialization are cultivated, the Old Bazaar is also a cultural and artistic center in which a number of cultural and historic monuments are located. Most of the buildings that once were used to host the travelers or as hammams, were transformed into museums and galleries, which today are used with the main purpose to host art exhibitions, concerts and other cultural events. Some of the most popular art galleries can be found inside this former trading centre, as well as some baths and "ans" - a term used to nominate motels or sleepovers built in the past. Nowadays, the place and its proximity are still home to several mosques, churches and a clock tower. 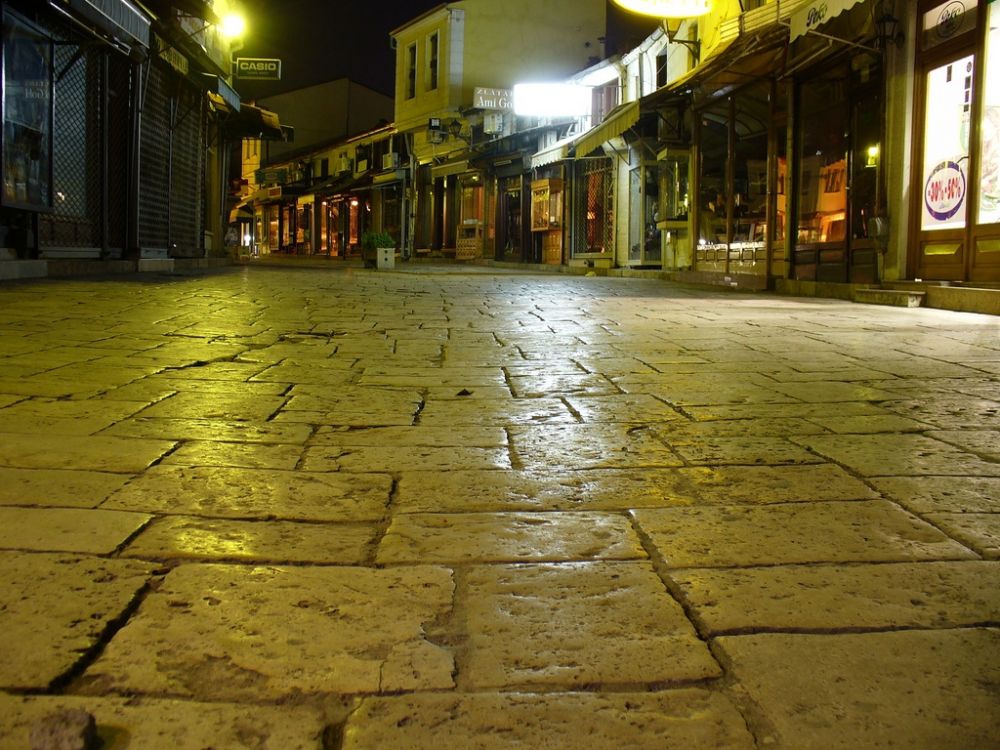 In its framework can also be found the museum of Macedonia which is located close to Kurshumli An and the Mustafa Pasha Mosque, as well as the Church of the Holy Saviour, Daut Pasha Hammam, Chifte Hammam and many other religious landmarks. The old market place is still alive and full with vivid atmosphere which radiates from the small shops, coffee and tea rooms which are always full with tourists that are delighted from the appearance and the life from this part of the city. Today, Skopje Old Bazaar is eyewitness to a long and complex process of social development which unfolds with the expansion of trade and it comes to its peak with the cultural development of the capital of Macedonia. And, yet it continues to stand as a symbol of cosmopolitanism of Skopje, many cultures and civilizations, many religions and many traditions come across and meet each other. The old bazaar has always attracted artists of all sorts and its most recent promotion was a complete success as many of the scenes in the Macedonian movie "The Third Half" were played there, a must see romantic drama played out during world war II.

The authenticity of the Old Bazaar can be experienced through another sense as well. With traditional restaurants aplenty, the taste of the centruies old recepies is only a dorstep away. Many of these restaurants offer great food and drinks for low prices in an authentic enviroment and during the weekends with live music. Whatever you do don't miss out on a portion of kebaps and a glass or two of a tasty strong rakija.

Since it kept most of its significant buildings such as the churches, mosques, bath houses and the architecture of the old shops, it is the most interesting part of Skopje for visitors and tourists, offering them a trip back in time and a profound experience of the Macedonian culture and tradition. Every day is filled with interesting activities in the Bazaar and it is impossible not to visit the numerous kebab restaurants and tea-rooms. Most certainly, Skopje Old Bazaar is not a place to miss, if you visit the capital of Macedonia. 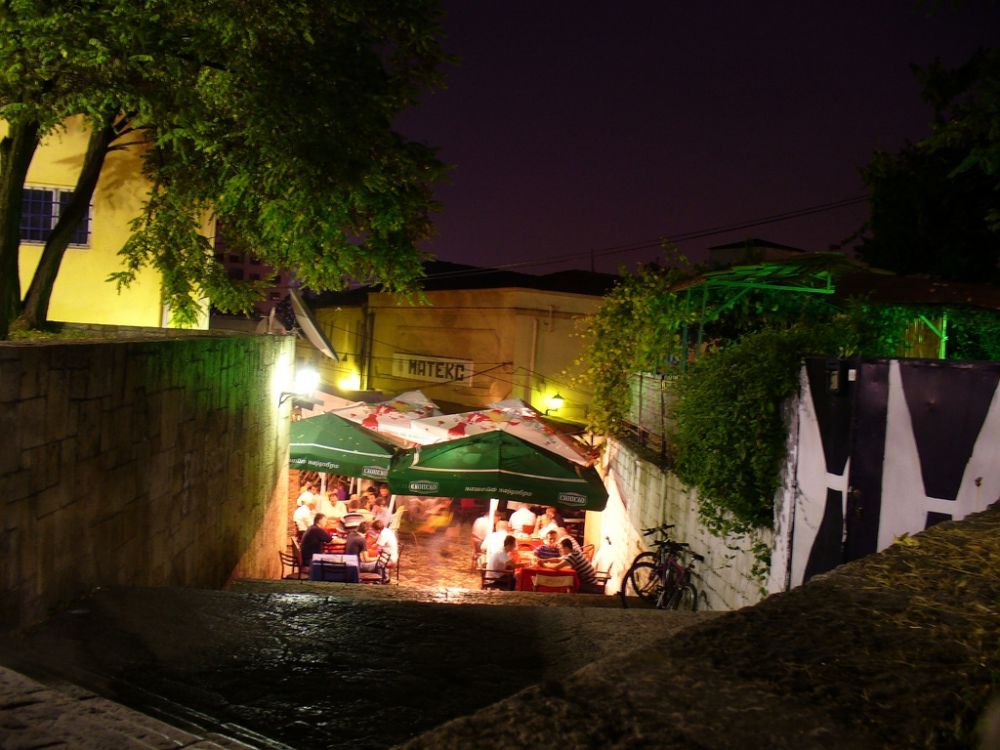