Ohrid – the Macedonian pearl and city of light, was given another incredible sight as well as a cultural and historical landmark – Bay of the Bones. This entire complex has a base for underwater archeology and development of underwater tourism, a pile dwelling settlement with 24 prehistoric houses on a wooden platform placed above the lake, a reconstruction of several semi-open buildings in the castellum, an access facility and a coffee bar that enrich the overall ambiance on the waters of Lake Ohrid. 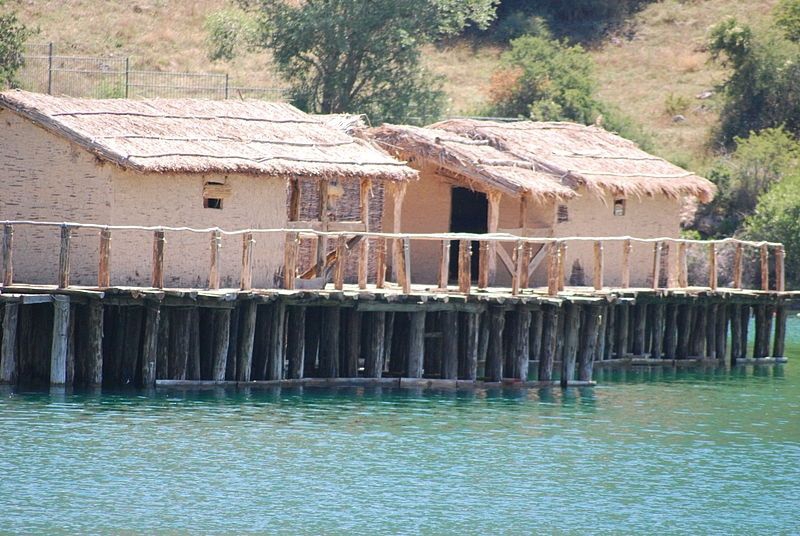 The several years of underwater archaeological investigation at the site Plocha Michov Grad provided a rich fund of information on the life of prehistoric people living in this area. The first underwater archaeological research was performed in 1997 at the site mentioned above, close to the village of Peshtani. During the investigations campaigns performed between 1997 and 2005 the researches registered over 6000 remains of wooden piles at the bottom of the lake, as well as numerous movable archaeological materials chronologically dated to the end of Bronze and beginning of Iron Age. The surveying of the settlement determined that it had covered an area of about 8,500 m². The remains of the settlement were discovered at about 10 meters from the shore in the Bay of the Bones on the southern coast of the peninsula, with a length of 155 m (west-east) and 55 m (north-south). 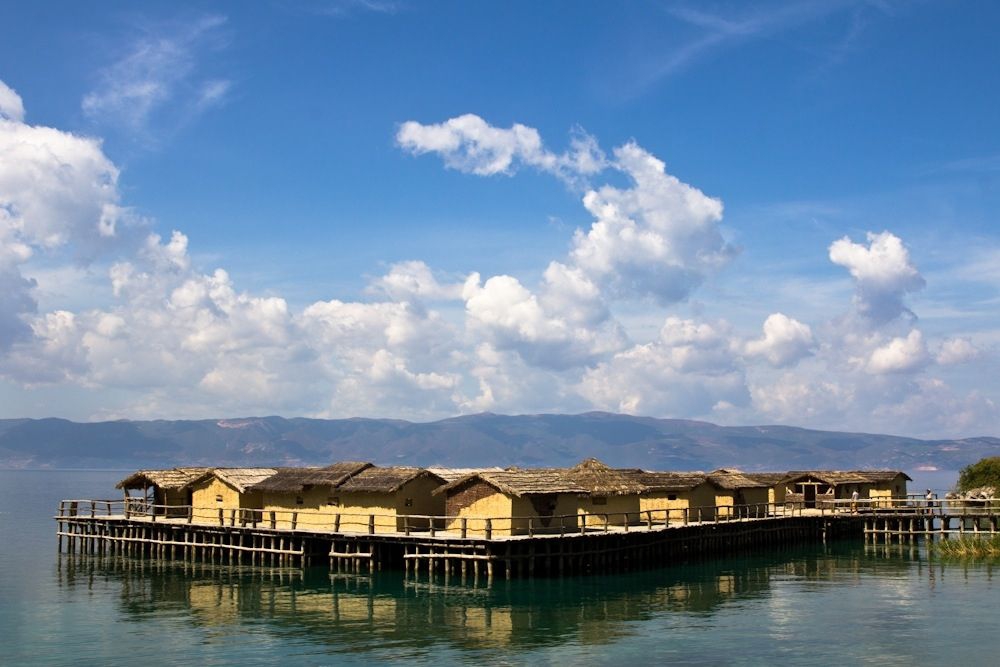 The settlement was built on a platform placed on wooden piles attached to the lake bottom and a  wooden bridge was used to connect the settlement with the shoreline. The investigation had shown that at the bottom of the lake in the area of this settlement there is an impressive concentration of complete and particularly fragmented ceramic vessels, stone artifacts and fragmented animal bones, which points out to a highly developed settlement. Within the movable archeological material there are mostly round ceramic tiles with different diameters, having two, three or four small circular openings. Among the ceramic objects there are different forms of vertebra, conical and biconical, as well as objects for rituals such as  sacrificial altars. With these investigation activities, for the first time in Macedonia, the underwater archaeology made an official branch of archaeology dealing with the remains, the protection and the presentation of the underwater cultural heritage, which due to various circumstances in the past and today remained under the water surfaces of Macedonian lakes. 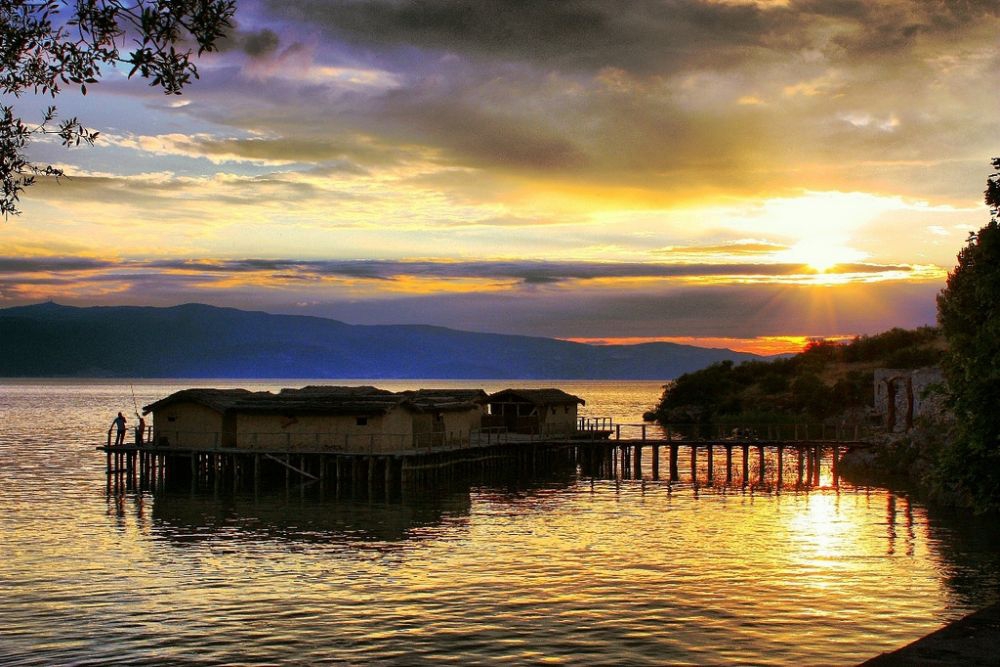 Bay of the Bones is presenting the prehistoric life of the people – ancestors from these Macedonian areas, an approach of the civilization of one distant time, one cut-out from the time of 3000 years ago, bringing that time closer to our third millennium. It is one exceptional archaeological complex located in an attractive cultural landscape at the eastern shores of Lake Ohrid. The remains of the prehistoric palafitte settlement together with the overall adjacent archaeological features point to the fact that actually it is a small ‘prehistoric town’ which is exposed to the Macedonian, the European and the global cultural public. 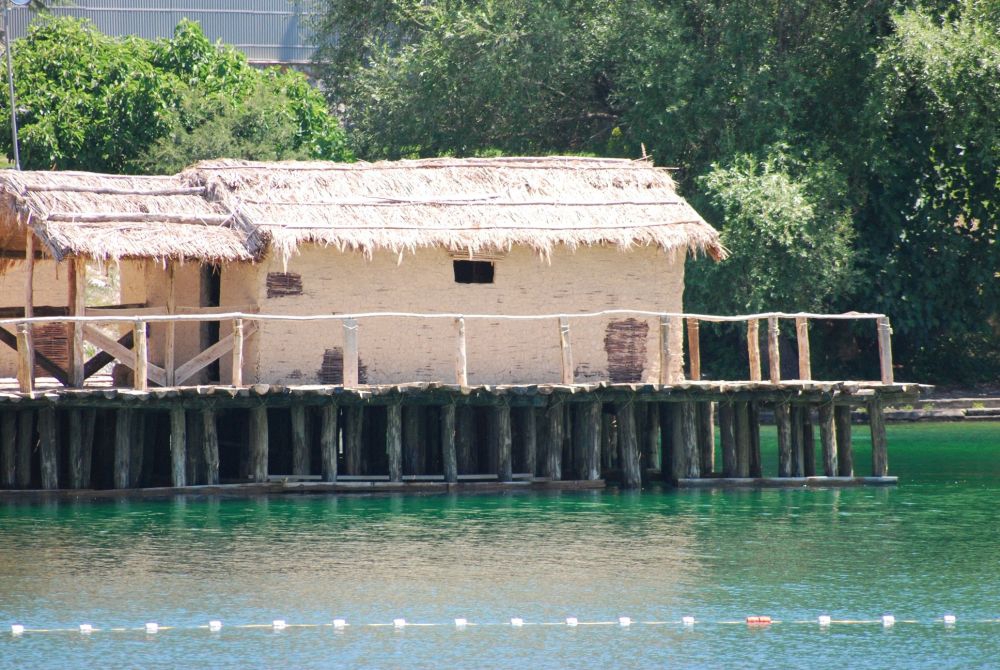