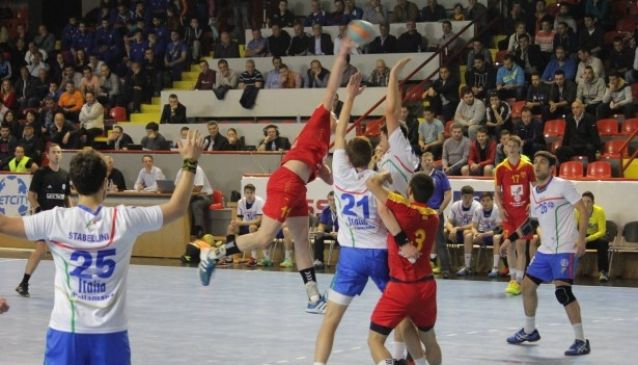 SRC Kale is a sports recreation centre located near the fortress of which it bears the name.

One reason SRC Kale is probably most famous for is being the home of women's handball team Kometal Gjorce Petrov which won the European Women Handball Champions League in 2002.

Known as the handball fortress it has hosted numerous other events for both national and team games including 2 Junior Handball World Championships. Most recently SRC Kale is the home of Macedonian super league handball club RK Vardar.

This sports complex that is one of the favourite for Macedonian fans because of the wonderful ambiance at games can accommodate up to 2.500. Don't let the small numbers fool you it can get pretty loud, especially during derby games with RK Metalurg.

SRC Kale is located centrally in Skopje and very close to the Kale Fortress, National Arena Phillip II, Skopje City Centre, and plenty of cafe-bars, restaurants, museums and of course the Old Bazaar.