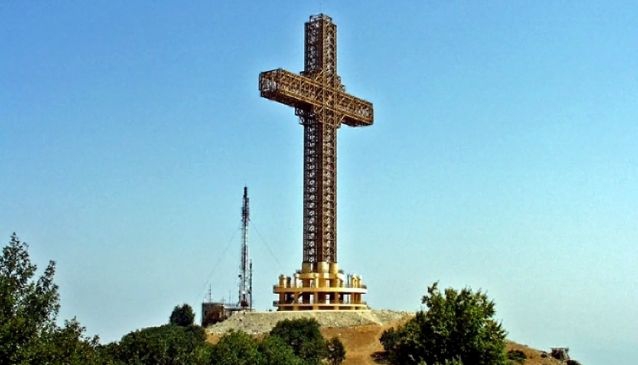 Directions to Millenium Cross at Vodno

Although relatively new it has become one of the symbols of Skopje and one of its most visited landmarks.

The Millennium Cross as its name suggests was built in 2002 to commemorate 2000 years of Christianity in Macedonia and the start of the new millennium. The cross was built overlooking the city of Skopje and with a height of 66 metres it is visible from almost every part of the city.

This landmark quickly became the final destination of the many hiking and biking trails that lead up the mountain. With amazing views of the city and a completely different climate it is no surprise it is one of the most visited places throughout the whole year.

The large popularity of this destination prompted the creation of a cable car that would allow tourists and visitors a better access to the top. Finally the cable car was completed on June 3rd, 2011 and can take you back and forth to the top in 20 minutes.