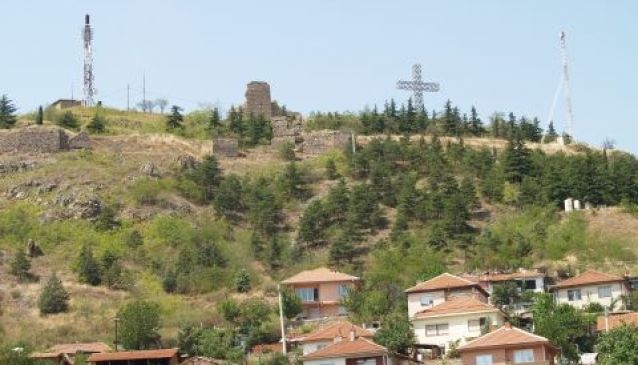 Located on the west part of Shtip, between the rivers Bregalnica and Otinja, you can see a rocky hill on which the Fortress Isar is situated.
It is not familiar when exactly the fortress was built but it is known that it dates back to the Middle Ages because it has all characteristics of medieval art. On all four sides of the Isar churches were built in order to protect the fortress. In 1332 a church dedicated to St. Archangel Michael was built, later in 1337 was built another church dedicated to St. Vasilie and in 1341 the third church dedicated to St. Nikola was built. Several years later was built the fourth church which today is preserved in its original form.
During its existence the fortress was under several occupations but the Turkish administration left huge marks on it as the Isar was destroyed during that period. Although the fortress was 19 metres high today remains mostly in ruins with very little preserved parts from the whole construction. Although ruined, the fortress is still visited by locals and travelers who learn a lot about the history of this place and at the same time enjoy splendid views of the city.