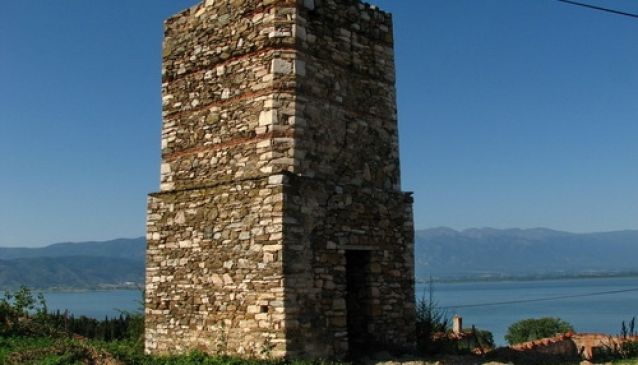 The old Clock Tower in Dojran is one of the few monuments of this small lakeside town that provide a visual record of its turbulent times.

Although the exact date about when this clock tower was built is not known, experts presume it's from the end of 14th century when Dojran was occupied by the Ottoman Empire, close to 1372.

The Clock Tower was probably the most dominant building in past Dojran and as its name suggests it was used to tell the time for all travellers and residents of Dojran. It is assumed that the Clock Tower in Dojran was built by the Ottoman general Evrenos after his army marched on to Dojran through the frozen waters of the lake, so the legend goes.

Although nowadays only a fraction of the original size of the clock tower remains,  it is a witness to many events that since then shaped the future of this small but popular town.