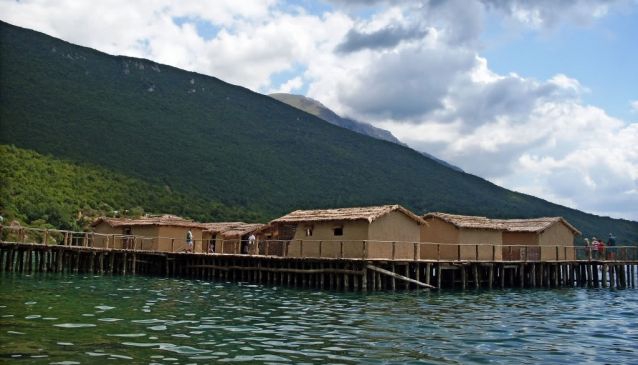 Directions to Bay of Bones Museum

Ohrid is known as a splendid city and also a popular cultural and historical centre where many places and buildings must be seen. One of them is the well-known Bay of Bones Museum or also known as Museum on Water.
This Bay of Bones Museum is a proof that long time ago, probably in 1200 BC there was a settlement which counted 60 houses built on water. The connection of the houses to the shore of Ohrid Lake was made using a movable bridge. Today out of 60 houses only 5 restored ones exist and they attract the attention of more and more visitors each year. Interesting is the fact that there is an underwater archaeological site where many tools and bones of animals where found.
Because the Bay of Bones Museum represents an open historical monument it can be visited any time of the year and during the hot summer evenings many theatrical performances are held here.