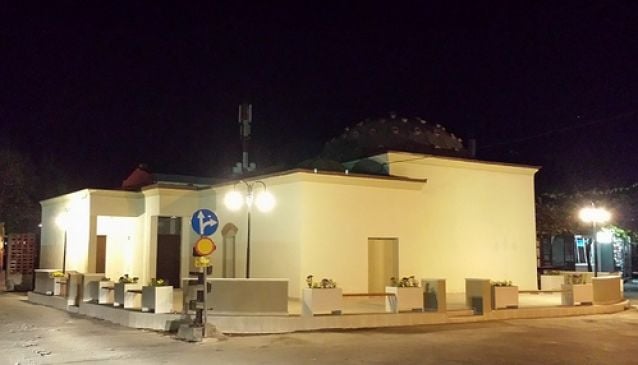 Gevgelija is a splendid town with rich tradition, culture and history so almost every building here has a significant story.
The same is the case with the Amam or also known as Turkish Bath that existed during the Ottoman Empire. The exact date when the Bath was built is not familiar but there are evidences that say that it was built during the 16th century. This building was once a public bath which was commonly visited by both Christians and Muslims and it was recognized for its splendid Islamic architectural style. During the 80's of the previous century, the Amam was said to be a splendid cultural monument that must be preserved as a proof of the rich history of the town. Today, the Ministry of Culture of Macedonia together with the help of the city of Karachi (Turkey), reconstructed the Bath converting it into a modern gallery but still preserving its magnificent architecture and look.
The Amam or today the City Gallery is located in the heart of Gevgelija, next to the Bazaar and only several minutes away of the City Square. It is a place which attracts the attention of many visitors as there many exhibitions, cultural manifestations and events occur.