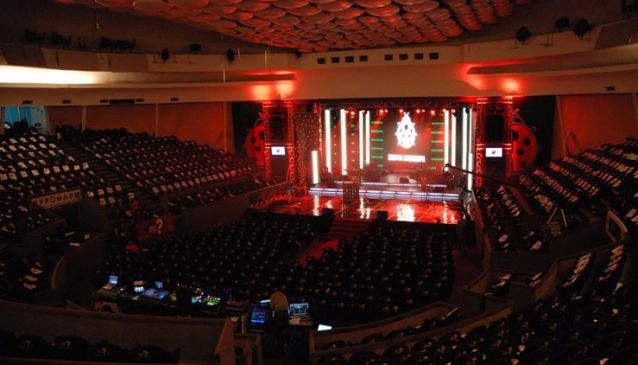 Universal Hall Skopje was built in 1963 as a home for promotion of the national culture, art and music. With a total capacity of 1,568 places it is also one of the largest halls in Macedonia.
Universal Hall has seen plenty of activity throughout its existence with over 300 theatrical plays visited by more than 250,000 people, 17 musicals and 60 opera performances visited by more than 75,000 opera enthusiasts. Universal Hall is also the home of Macedonian jazz so from 1966 onwards it's hosted more than 170 jazz concerts, 74 ballets, 35 ethno music concerts, 150 classical music concerts, more than 600 concerts for folk and national music, 970 shows and concerts for kids and last but not least over 100 humanitarian events and concerts. All in all Universal Hall has hosted more than 5,000 events that attracted close to 7 million visitors.
Universal Hall is set to receive a complete redesign and reconstruction in the near future as it looks to build on its successful history and continue to provide future generations a home for culture, entertainment and music.