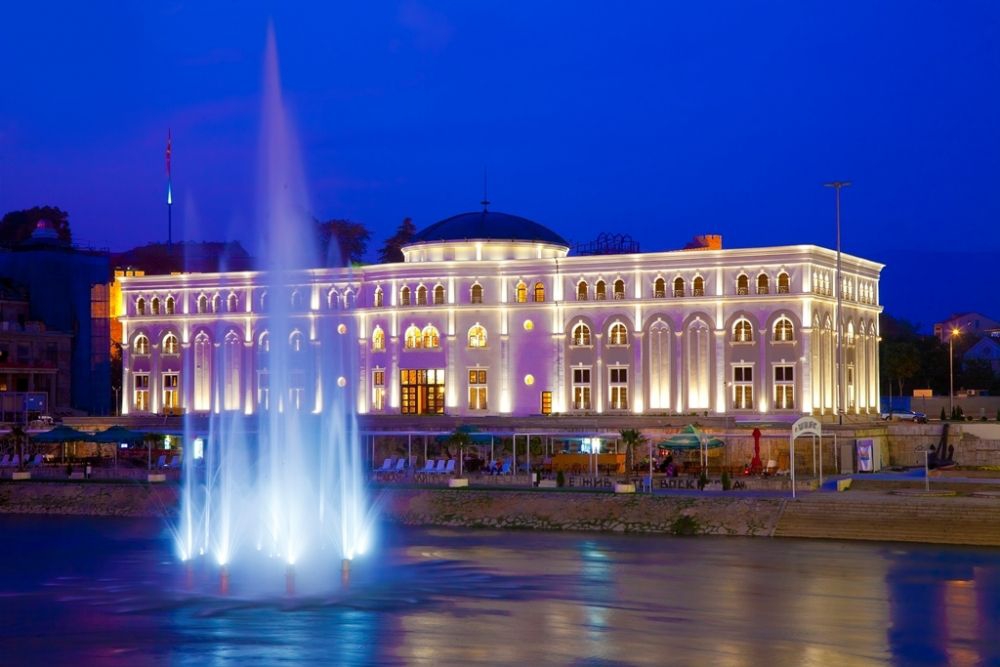 Museum of the Macedonian Struggle

The Museum of the Macedonian Struggle is one of the newly built objects within the project 'Skopje 2014'. It is a national museum of the Republic of Macedonia and it's located in the capital city of Skopje. Its construction began in 2008 and it was opened to the public on the 20-th anniversary of the declaration of the independence on 8-th September 2011. The museum of internal Macedonian revolutionary organization takes the biggest part of this museum, in which the history of the Macedonian revolutionary struggle is presented. There are 109 wax figures and 16 art pictures - portraits of the most important Macedonian doers, revolutionists and intellectualists, 80 art - pictures - mass scenes of important events from the Macedonian history, dummies, maps, authentic documents and weapon. The museum consists of thirteen units, each of which presents the history and struggle of the Macedonian people from many periods and against many oppressors.