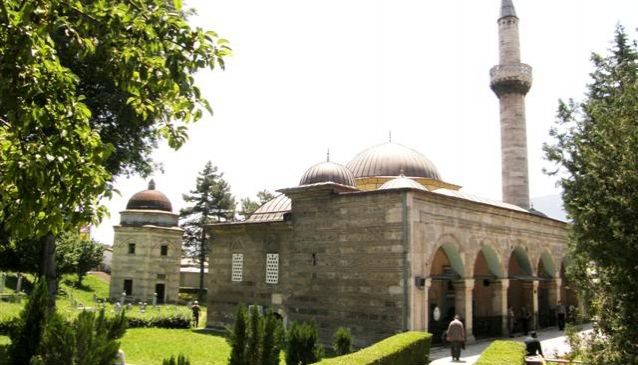 Located on a low hill in the central part of Skopje, near the popular Old Bazaar, the Sultan Murat Mosque is considered as one of the most beautiful mosques on the Balkan Peninsula.
It was built in 1463, on top of the Monastery of Saint George which was destroyed when Ottoman commander Pasha Yiğit Bey captured Skopje. Because of its beautiful and unique architectural style it is considered as one of the most significant Ottoman buildings on the Balkan. The Sultan Murat Mosque is considered as the largest in Skopje, it has an outstanding architecture and it is covered with a four-ridged roof. The interior is divided into three naves and the ceiling is made of wood. The colourfulness of the mosque and the beautiful wall paintings make this building so much different from other buildings that originate from that period, also they give freshness and harmony to the whole interior.