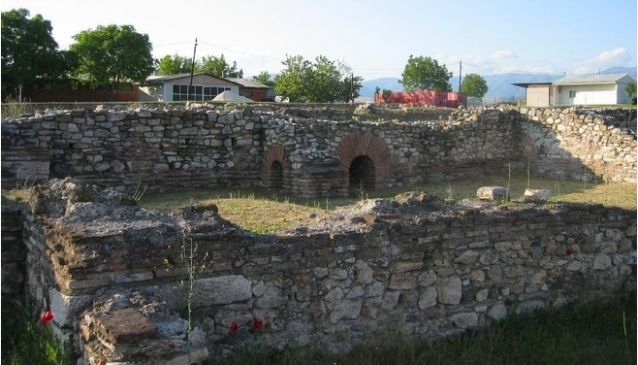 Scupi was a Roman settlement used primarily as a military camp which later grew to become the capital of the area.

Scupi was founded sometime between the 4th and 2nd century B.C. After the Macedonian-Roman wars it became a military camp for the veteran legionnaires and because of its great location for trade it also became the capital of the area. Scupi quickly grew to become a typical roman city with plenty of trade and decorations throughout the city.

Unfortunately life in Scupi came to an abrupt end as the city was demolished by a powerful earthquake in 518 A.D.. The people of Scupi scattered across the area and settled in numerous locations including the Kale Fortress, Vodno Mountain and Tauresium (present day village Taor). Tauresium was the birthplace of Jusinian I one of the most powerful Byzantine emperors.

Nowadays some ruins remain of Scupi which include tombstones, roman artefacts, bath places and plenty more. It's highly recommended that you ask for professional tour guides when visitng Scupi as to discover the whole history behind what remained from the strong 518 earthquake.