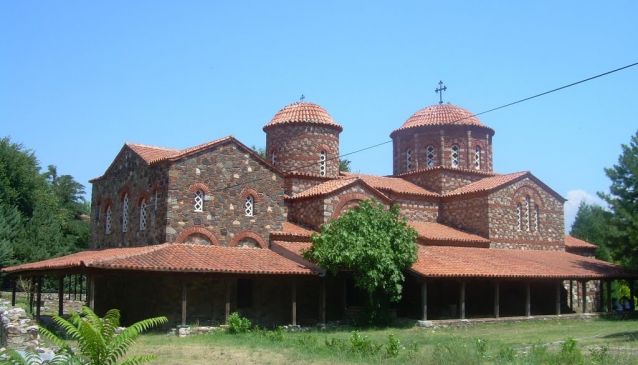 Located approximately 4 kilometres west of Strumica, in the small but beautiful village of Vodocha, the Monastery of St. Leontius is definitely one of the most beautiful sacred places that you have ever seen.
In fact, it is a church complex which consists of three churches, all of them built in a splendid way and have a beautiful architectural style. The oldest of them is the Eastern Church which is believed to be built during the 6th century. The Western Church represents a small cross-shaped domed structure which was built during the period between 1018 and 1037 and it was dedicated to the Presentation of the Holy Mother of God - Eleusa. The biggest of the three churches is the third one which was built during the end of the 11th century and the beginning of the 12th, it bears the name of Saint Leontius . The walls of the monastery are covered with beautiful frescoes, icons and paintings which originate from different periods. Their vivid colours and splendid décor give freshness and harmony to the whole interior.
The Monastery of St. Leontius is surrounded by outstanding nature where tranquility and peace prevail.