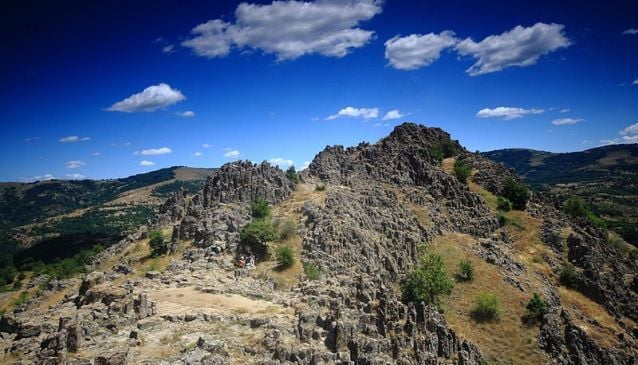 Kokino is a splendid archaeological site which was found in 2001 beneath the mountain pick Tatikev Kamen near the village of Kokino. It is surrounded by almost 10 small villages whose total number of inhabitants is less than 1000.
Soon after Kokino was discovered by Macedonian archeologist, it was also said that the site contains a megalithic observatory and sacred site. Many finds indicate that Kokino existed during the period of Bronze Age, thus there are items which originate from the 19th century BC, but also few molds, ceramic vessels and stone mills which date back to the Middle Bronze Age, from 16th to 14th century BC. What will impress you the most is the splendid nature which surrounds this archaeological site. The environment is magnificent, there are various plants, tall trees which together with the fresh air will make you feel completely relaxed and pleasant. Because of its perfect location, Kokino gives you an opportunity to capture breath-taking views of the outstanding nature that surrounds it.