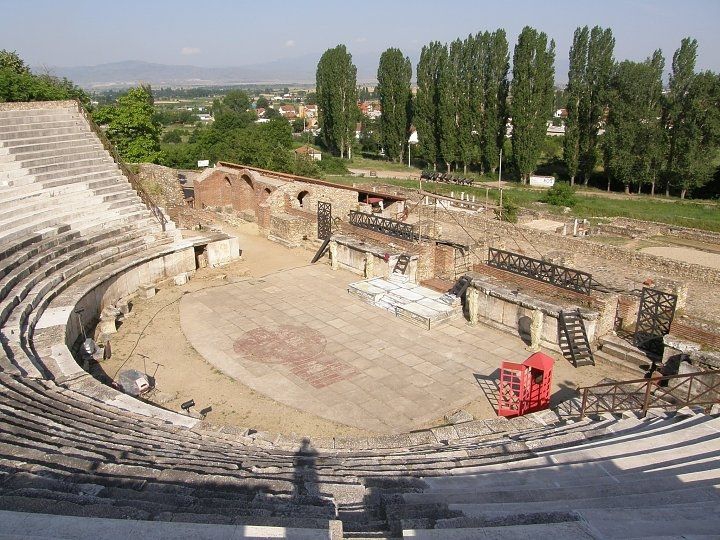 Situated in the old town of Ohrid, between the two hills Gorni Saraj and Deboj, the Ancient Theatre is a popular historical building which tells a lot about the rich history of Macedonia.
The Theatre is an example of buildings that belong to the Hellenistic period, actually it is the only construction in Macedonia that originates from this period and it was built 200 BC. Later during Roman times the Theatre was used for gladiator fights and was a place where Christian people were executed by the Romans. Beacuse of this the theatre soon became disliked by locals who later destroyed it. Today the theatre is not preserved completely, only the lower parts for seating and the place where the stage was still exist.
Nowadays, the Ancient Theatre in Ohrid is a place where the annual Ohrid Summer Festival occurs, also many manifestations and cultural events during the whole year can be seen on the stage of the Ancient Theatre.