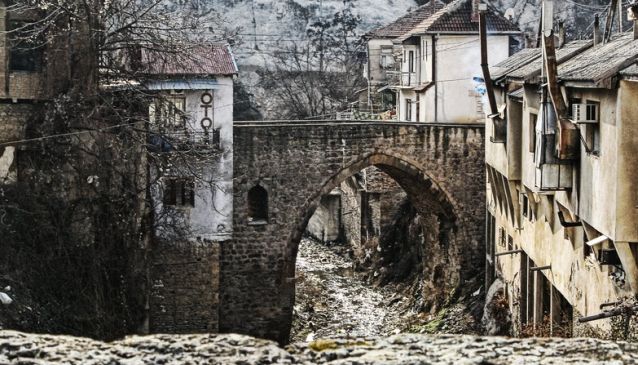 Kratovo is featured by an old-city Macedonian architecture, it's famous for its towers and medieval stone bridges which connect the left and the right part of the city.

The most famous of all is Radin Bridge (Radin Most), but also other bridges enchant with their beauty. The legend of Radin Bridge says that Rada was buried alive inside of its foundation. According to the legend, the bridge was being built by nine brothers, but the bridge fell apart during the night. The nine brothers decided to seek the advice of the local prophet who told them to bury in the foundations the wife that first visits the construction site the next morning. Out of the nine brothers only the youngest did not warn his wife not to visit, so when she came to bring them water and food the older brothers tossed her in the foundation and buried her alive.

The Bridge is over Manceva river, it's erected in 1833 on two towers, one of which is 28 meters high and other 29 meters high.

The Kratovo area is great for a road trip adventure where you can see the amazing Kuklici, the Monastery of Joakim Osogovski, Lesnovo Monastery and the Towers of Kratovo.