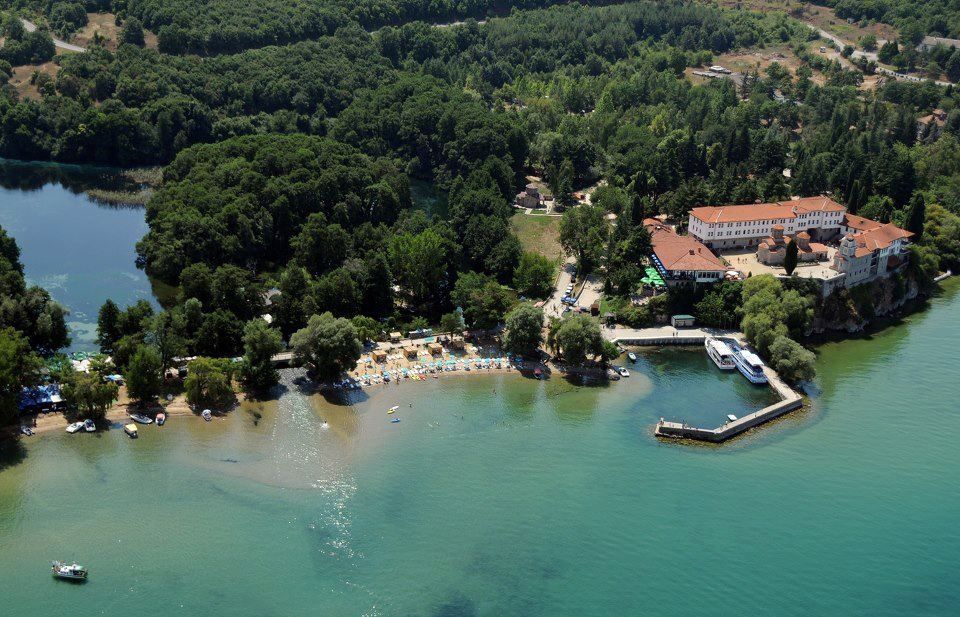 Located in a beautiful and green environment, where the Rivier Crni Drim joins the splendid Ohrid Lake, the Monastery of St. Naum is a beautiful sacred building which will definitely impress you.
It was built at the beginning of the 10th century by a monk who was called Naum. During the centuries the monastery was renewed several times and today it represents a beautiful building frequently visited by both travelers and locals. The Monastery of St. Naum owns a beautiful wood-carved iconostasis which originates from 1711. Many valuable icons are part of this iconostasis, thus you will see a group of small holiday icons as well as the icons of Mary with Christ, Jesus Christ and the Assembly of the Archangels. The icons represent some of the best religious painting achievements on the Balkan Peninsula.
What attracts the attention of more and more visitors every year is the tomb of Saint Naum which is located in a separate building with wide and low dome. It is believed that all who visit the tomb can hear the saint's heartbeat by pressing an ear to his stone coffin.  Because of its perfect location and the splendid look the Monastery of St. Naum is one of the most visited in Macedonia, a place where tranquility and rest prevail.